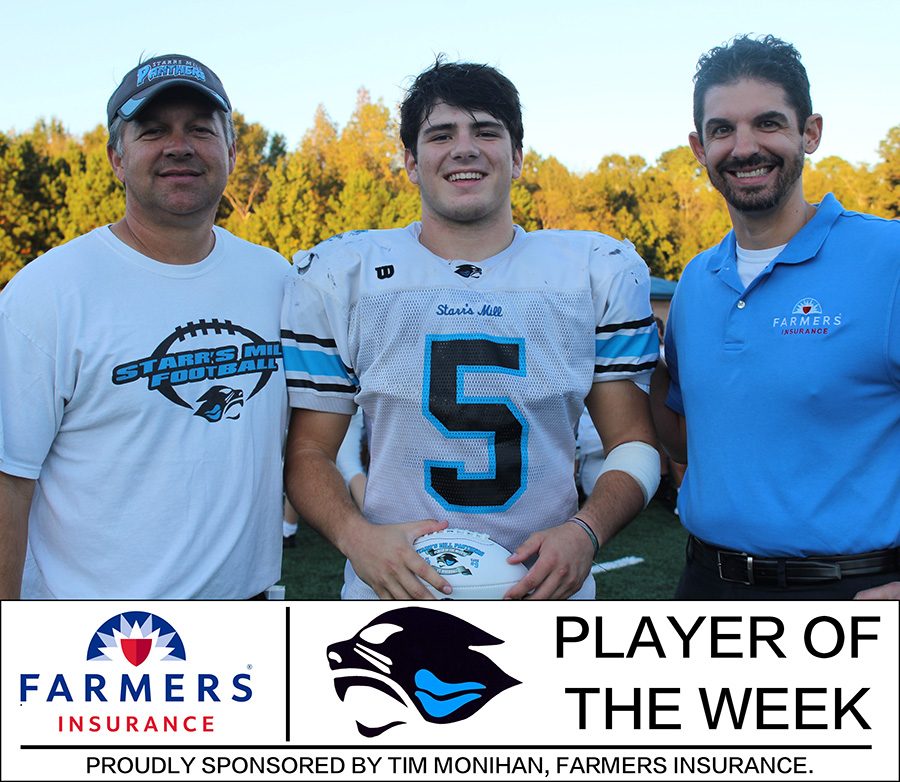 Tim Monihan and Farmers Insurance have presented junior Ardit Hoti with the 13th Player of the Week award for the 2018-2019 school year.

“That position that he plays is like the key position of our offense,” head coach Phillips said. “When he’s performing like he did this past week, you can’t stop just one guy.”

Hoti played a big part in last week’s game against Riverdale. He racked up 126 yards in 17 carries, averaging 7.4 yards per carry. Hoti topped it all off with two touchdowns to ensure a Panther win and continuing the team’s region dominance.

“It was a great experience to win region three years in a row with my teammates,” Hoti said. “[The line] did really good, they had all their blocks, they made holes, and they blocked the cut back really well.”

The Mill’s win against Riverdale sealed the region title for the team as they head into the last week of the regular season. The Panthers head to Fayetteville to face a Fayette County Tigers team that is still seeking its first win on season.