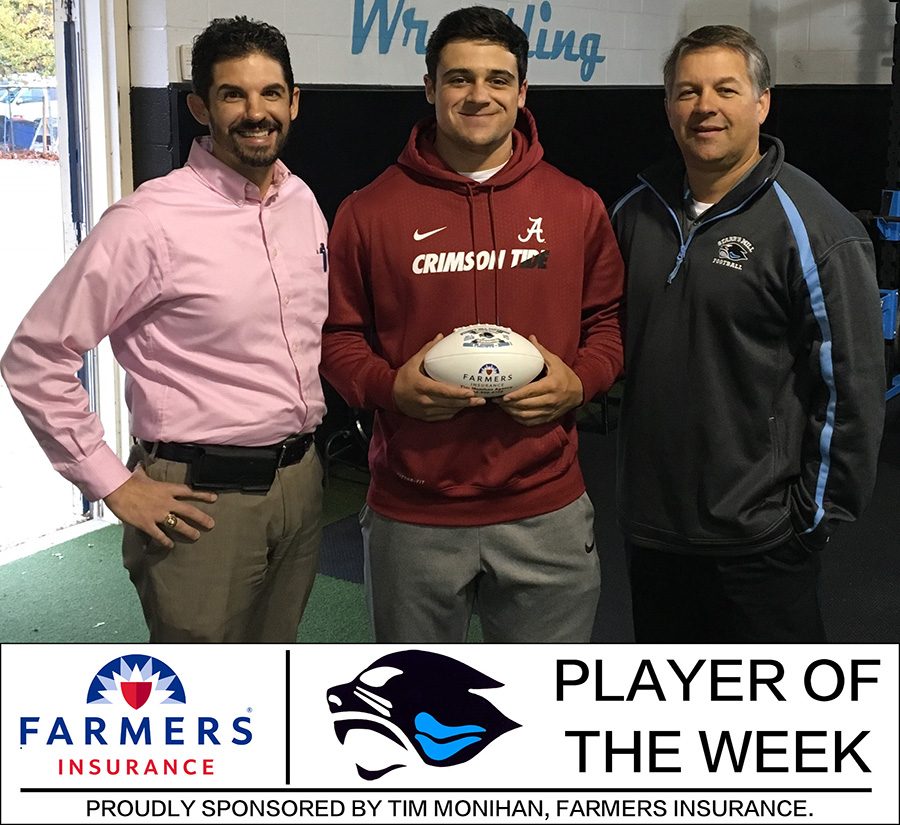 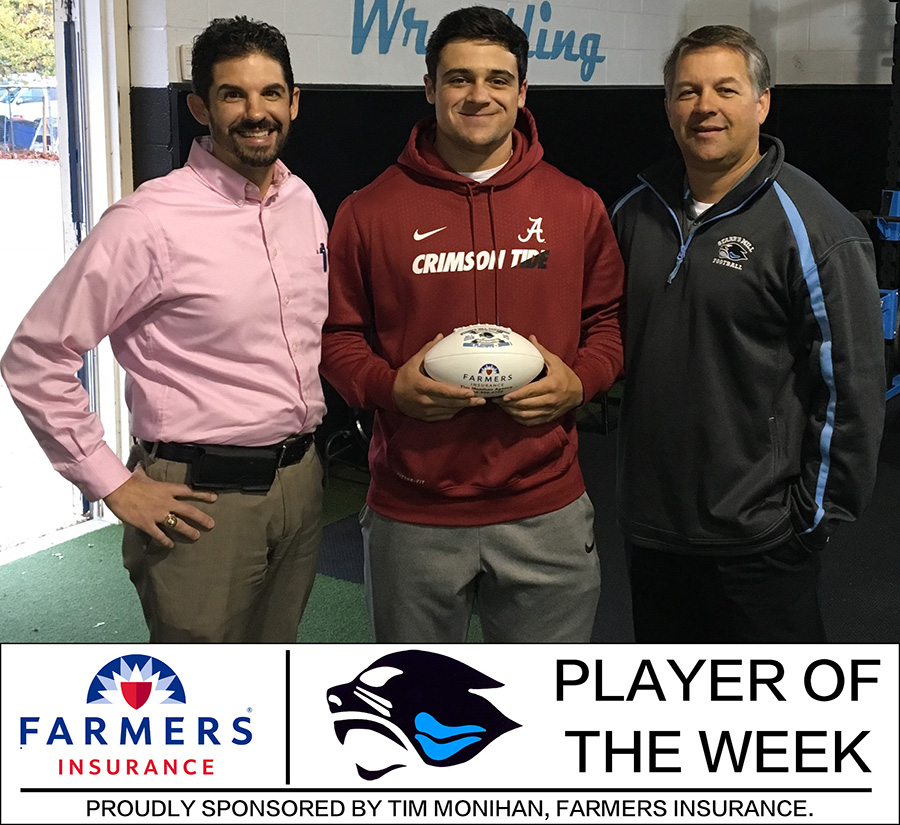 Tim Monihan and Farmers Insurance presented junior fullback and linebacker Ben Bodne with the 15th Player of the Week award for the 2018-2019 school year. This is Bodne’s second time winning the award this year.

“The things he’s done this offseason have really set him up for success,” head coach Chad Phillips said, “He’s influential, not just by the way he talks, but the way he works.”

Bodne has been a physical machine on offense, totaling 303 yards on 31 carries, and scoring four touchdowns.

“[The award] means a lot, because it means the coaches are paying attention to me,” Bodne said.

In the loss against the New Hampstead Phoenix, Bodne had eight carries for 48 yards. He also helped out on the defensive end in the 21-10 loss.

“I thought this season was pretty good,” Bodne said. “We won region for the third straight year, which has never been done before. I would’ve liked to go further, but what happens happens. It sucks, but I’m glad to get to come back next year.”