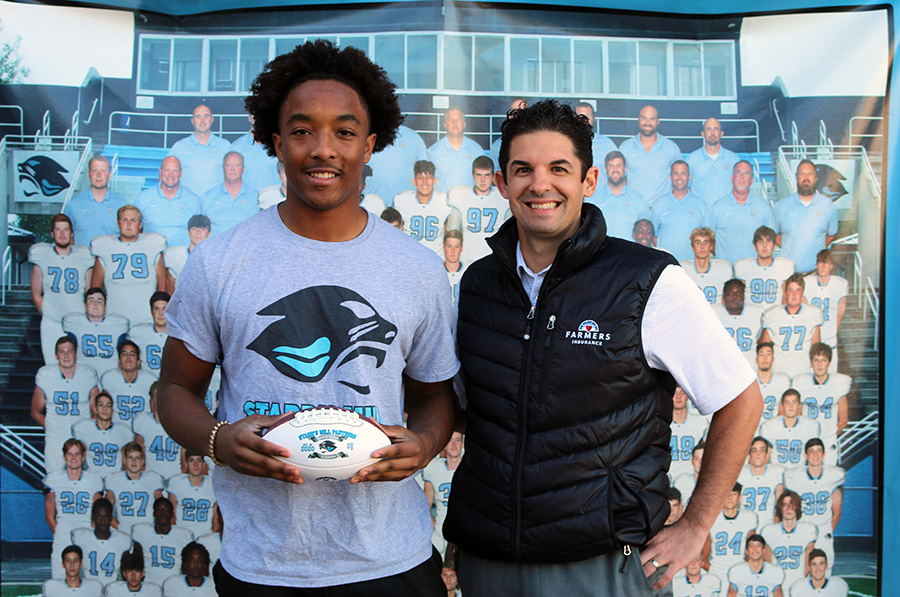 Tim Monihan and Farmers Insurance recognize junior fullback Brandon Mathis as the 15th Player of the Week for the 2020-2021 sports season.

“He’s the junior, so he’s the older guy of the group, and he really works hard,” head coach Chad Phillips said. “He runs track, he lifts hard in the weight room, and when we were in the pandemic break, he’s flipping tires and running on his own. His work ethic is very good.”

Last week, Starr’s Mill defeated McIntosh 38-7. Mathis contributed 134 yards on five carries, including a touchdown. On the season, Mathis averages 6.1 yards per carry. He has carried the ball 83 times for 505 yards and three touchdowns.

“The offense finally did what they were supposed to do. We made all our key blocks, and we were running the ball really hard,” Mathis said. “When it all comes together we all play really good.”

The team’s overall production on offense has improved the last two weeks. Six of the team’s 12 touchdowns have been scored on plays of  20+ yards. The team has averaged 40 points across those two games.

There is no game tonight. Starr’s Mill will host the first round of playoffs on Nov. 27 when they play the no. 4 seed from region 3-AAAAA. Kickoff is set for 7:30 p.m.