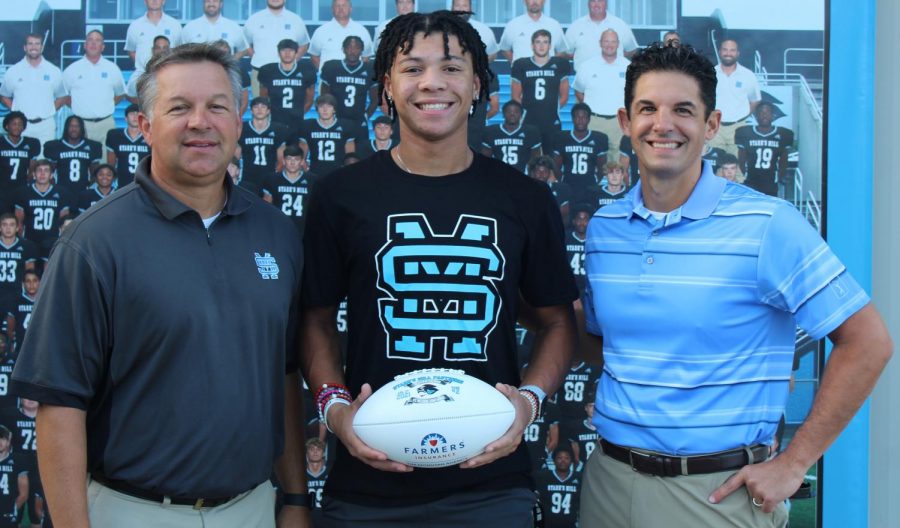 Tim Monihan and Farmers Insurance recognize senior safety Marc Stampley as the fourth Player of the Week for the fall sports season.

“He was looking forward to playing in front of a big crowd against Newnan. He, unfortunately, had a situation where he couldn’t play,” head coach Chad Phillips said. “Coming into the second game he was extremely excited about getting his senior season kicked off the right way.”

Stampley scored one of the team’s three touchdowns on special teams. Late in the first quarter, he returned a punt 40 yards for a touchdown to put Starr’s Mill up 27-0.

“We had a great game and a great team win,” Stampley said. “[We were] able to execute all around the field on offense, defense, special teams.”

Senior running back Brandon Mathis, junior running back Jeremiah Jones, and junior quarterback William Yarbrough combined for 141 yards on the ground and five touchdowns. Meanwhile, the Starr’s Mill defense held the Bulldogs to 14 yards of total offense in the 53-0 victory.

The Panthers host Union Grove tonight at 7:30 p.m. Last year, Starr’s Mill defeated the Wolverines 19-14 after the defense tipped a pass with less than a minute to play.