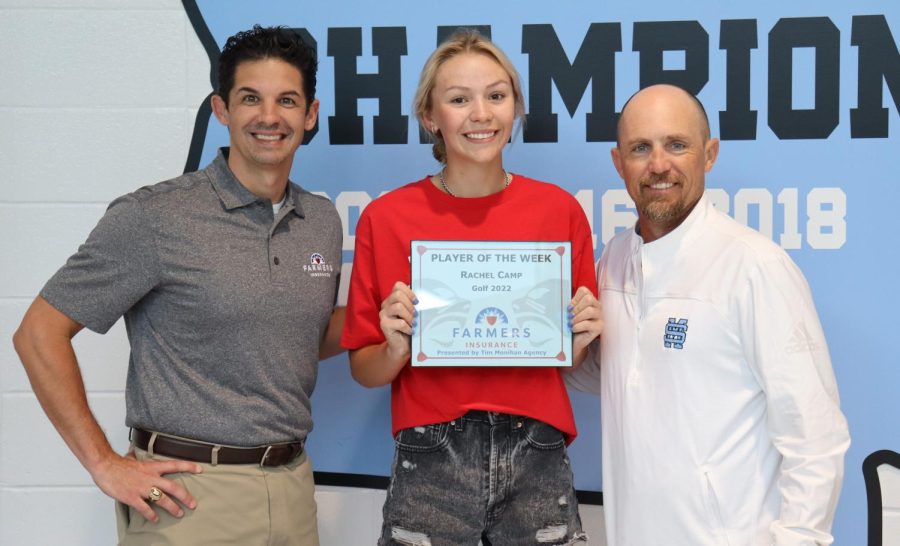 Tim Monihan and Farmers Insurance recognize senior golfer Rachel Camp as the 14th Player of the Week for the spring sports season.

“She’s got a bunch of experience, [and] she knows what it takes to prepare to play at that level,” head coach Burt Waller said. “She’s our leader on the girls team, she shot 1 over par, her best career performance at the state championship.”

Camp placed second overall at AAAAA state championship, shooting 83 and 73, and finishing +12 in the two-day tournament. She was one stroke ahead of third place, and trailed the number one spot by 11 strokes. Camp finished her final two rounds of high school golf shooting a combined nine birdies and 11 pars.

“The people that can handle the mental side of [golf] are the ones who are successful,” Waller said.