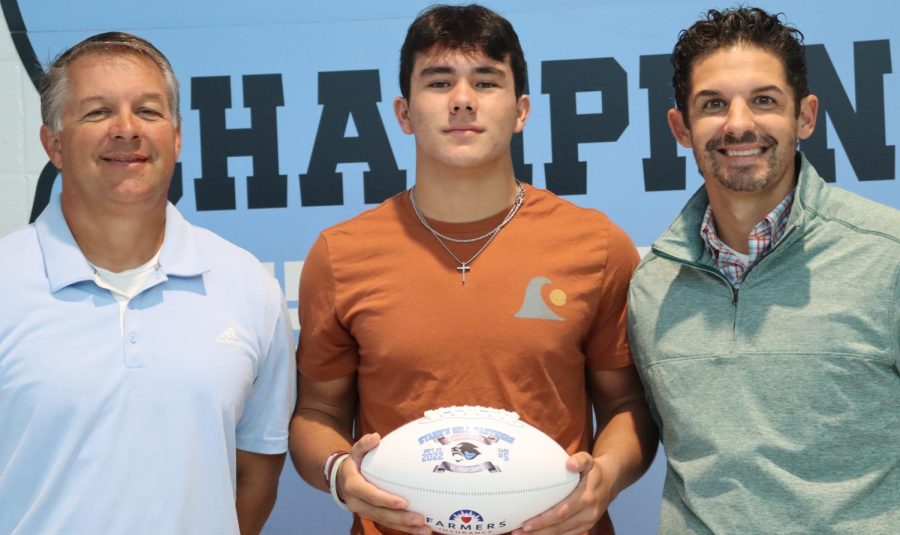 Tim Monihan and Farmers Insurance recognize sophomore Logan Inagawa as the ninth Player of the Week for the fall sports season.

“It’s been good so far,” Inagawa said. “We just had one bad game, but overall we’ve been good.”

On the season, Inagawa has completed 58 percent of his passes, connecting on 32 of 55 attempts for 466 yards. He also has a total of six touchdowns and two interceptions so far this season.

“He wants to be really successful, and he’s putting the time in,” Phillips said. “He’s got the will to do the extra things and go the extra mile.”

Following last week’s loss, the Panthers are 4-1 overall, 1-1 in region play. The team travels to Trinity this Friday for a 7:30 p.m. kickoff.